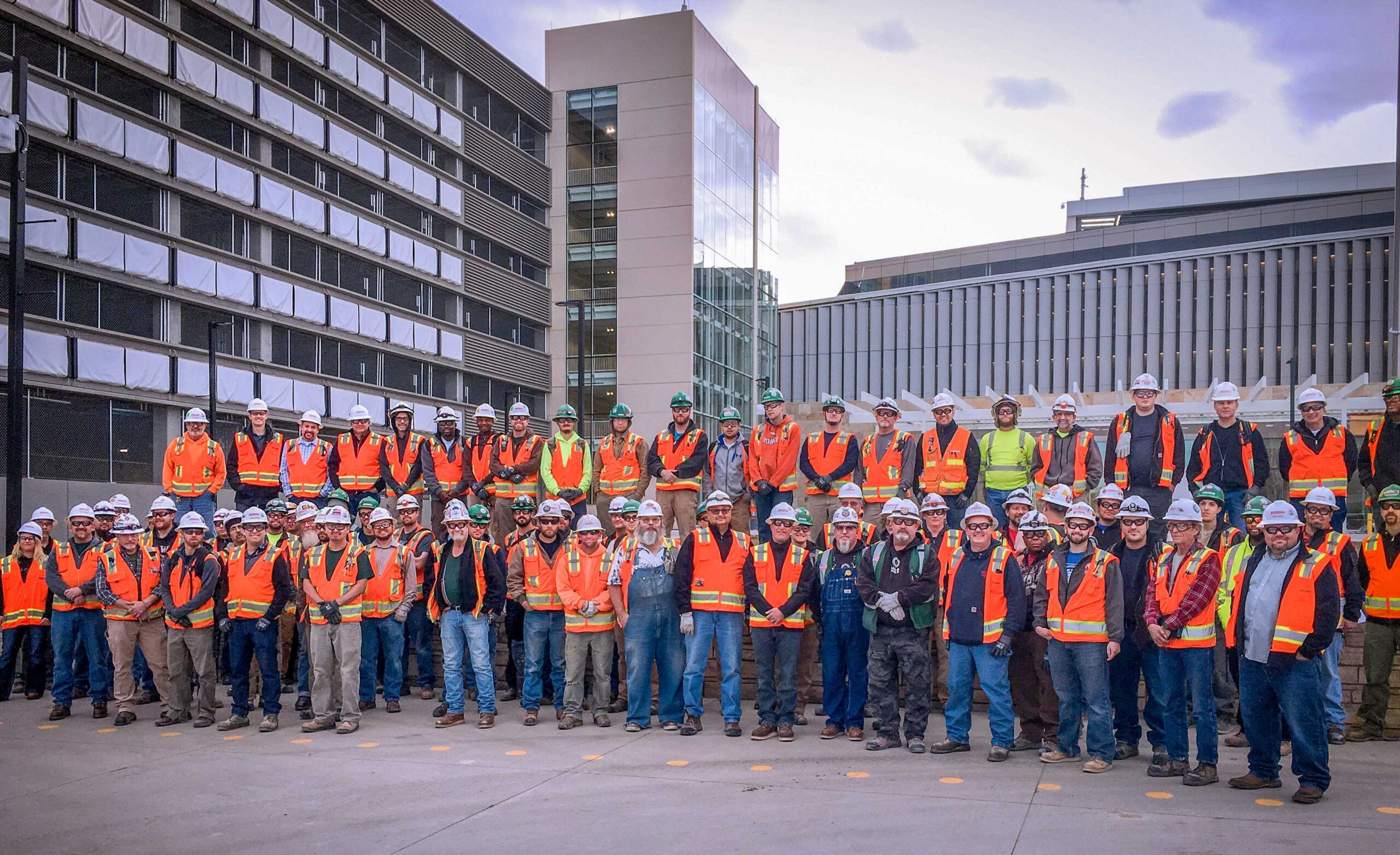 CONNECTING POWER TO PEOPLE SINCE 1912

Our History1912 Reputable and Dependable 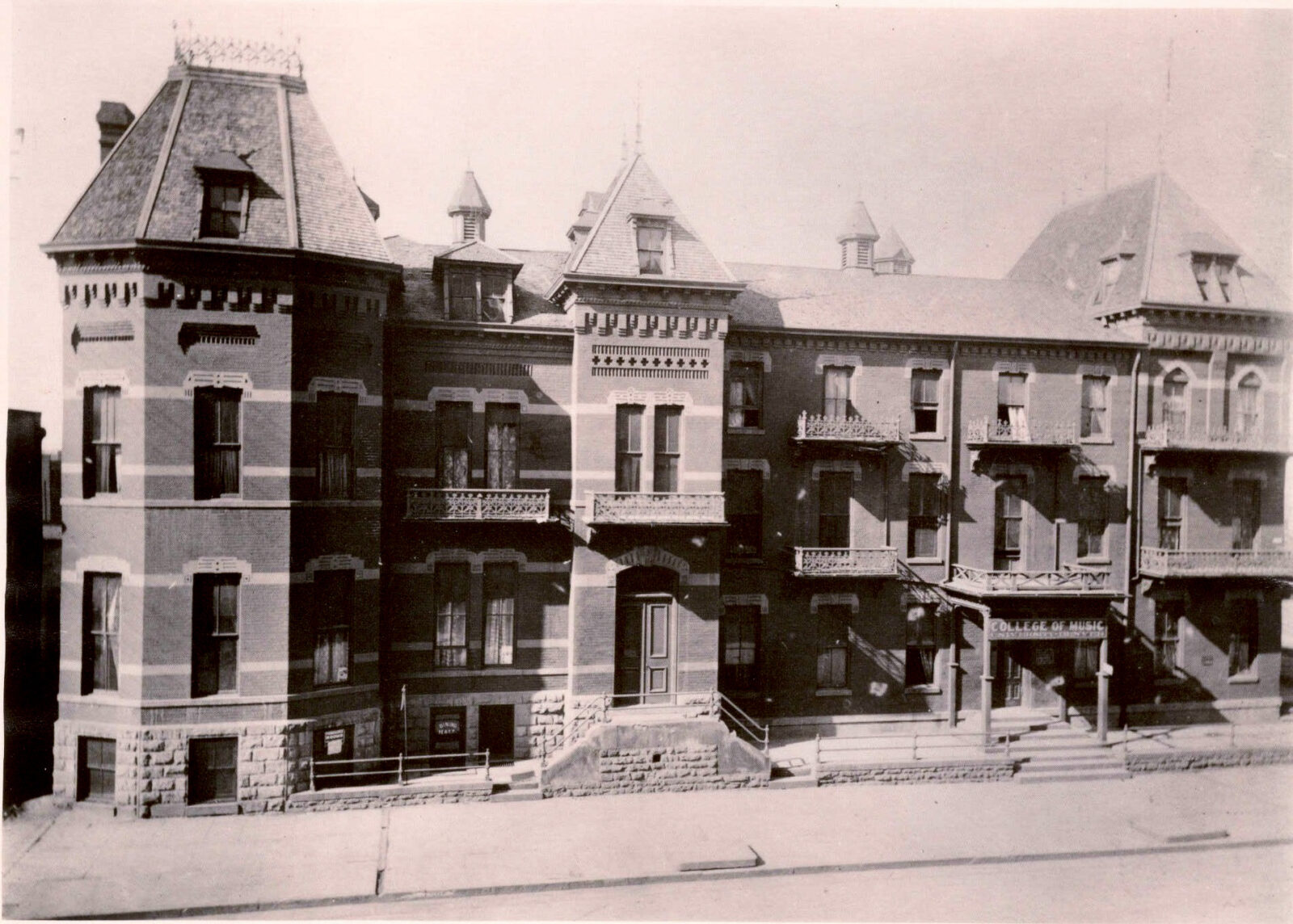 David Dwight (D.D.) Sturgeon founded Sturgeon Electric Company, Inc., opening a garden-level shop at 1026 14th Street in downtown Denver offering commercial and industrial electrical construction services. Throughout the years, D.D. Sturgeon continued to grow his company, earning a reputation as “the man you could depend on to get the job done.” 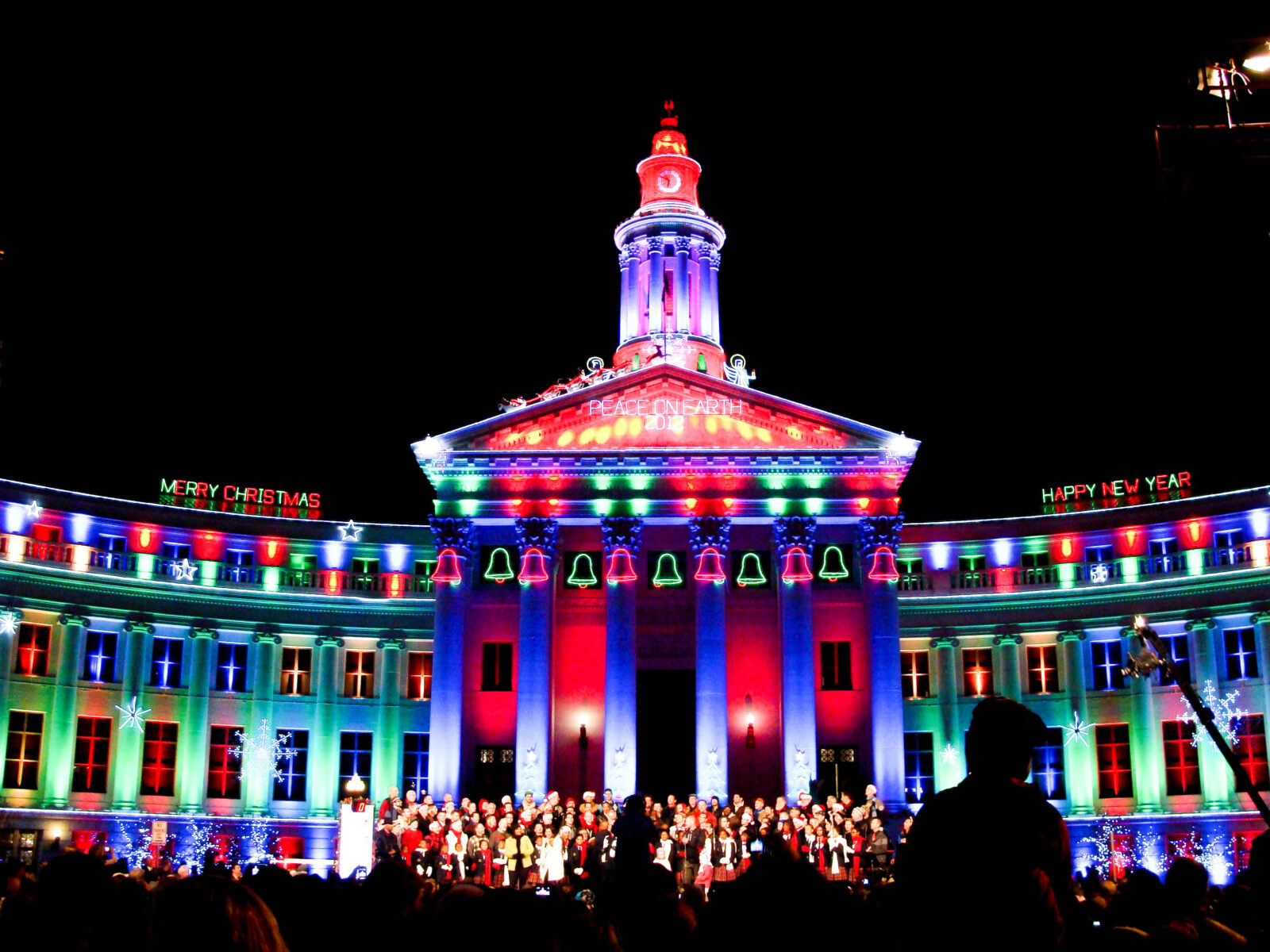 Legend tells that D.D. Sturgeon may have been credited with inventing Christmas lights in 1914. Sturgeon dipped ordinary bulbs in paint to cheer his ill son, strung them on a cord, and hung them on a tree outside his son’s bedroom window. Word spread quickly, and folks came from miles away to view the beautiful sight outside the Sturgeon’s home. Today, the company donates time and services for various outdoor lighting displays throughout Denver. 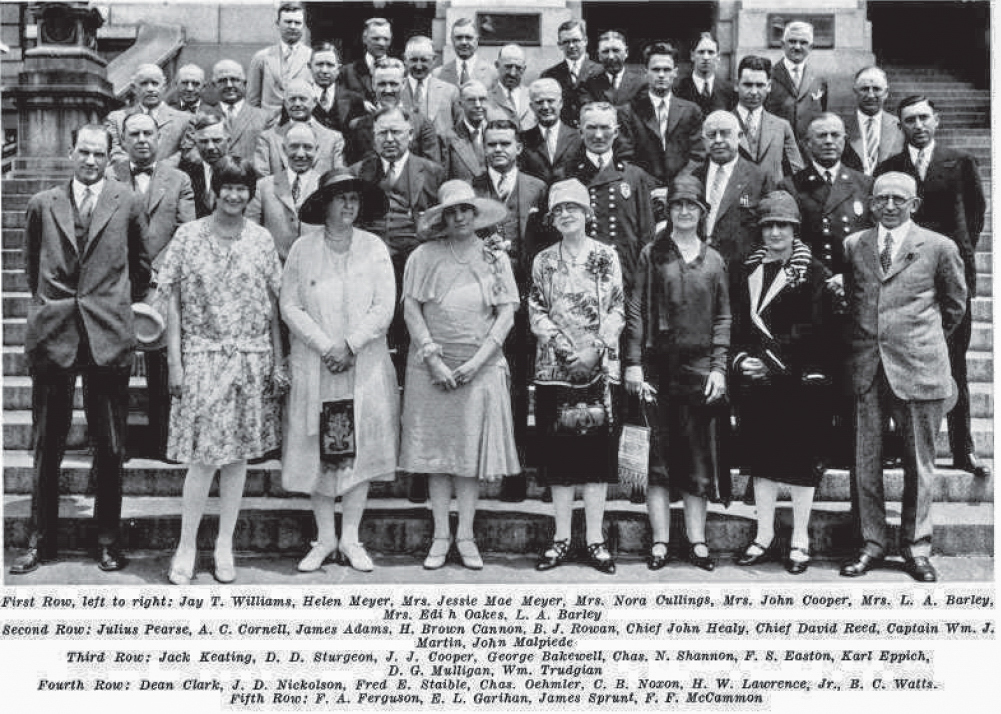 Sturgeon Electric flourished during the booming prosperity of the roaring ‘20s, performing work throughout Colorado while building a reputation for craftsmanship and value. In 1923, the office moved to 1534 Court Place, where the Adams Mark Hotel stands today. 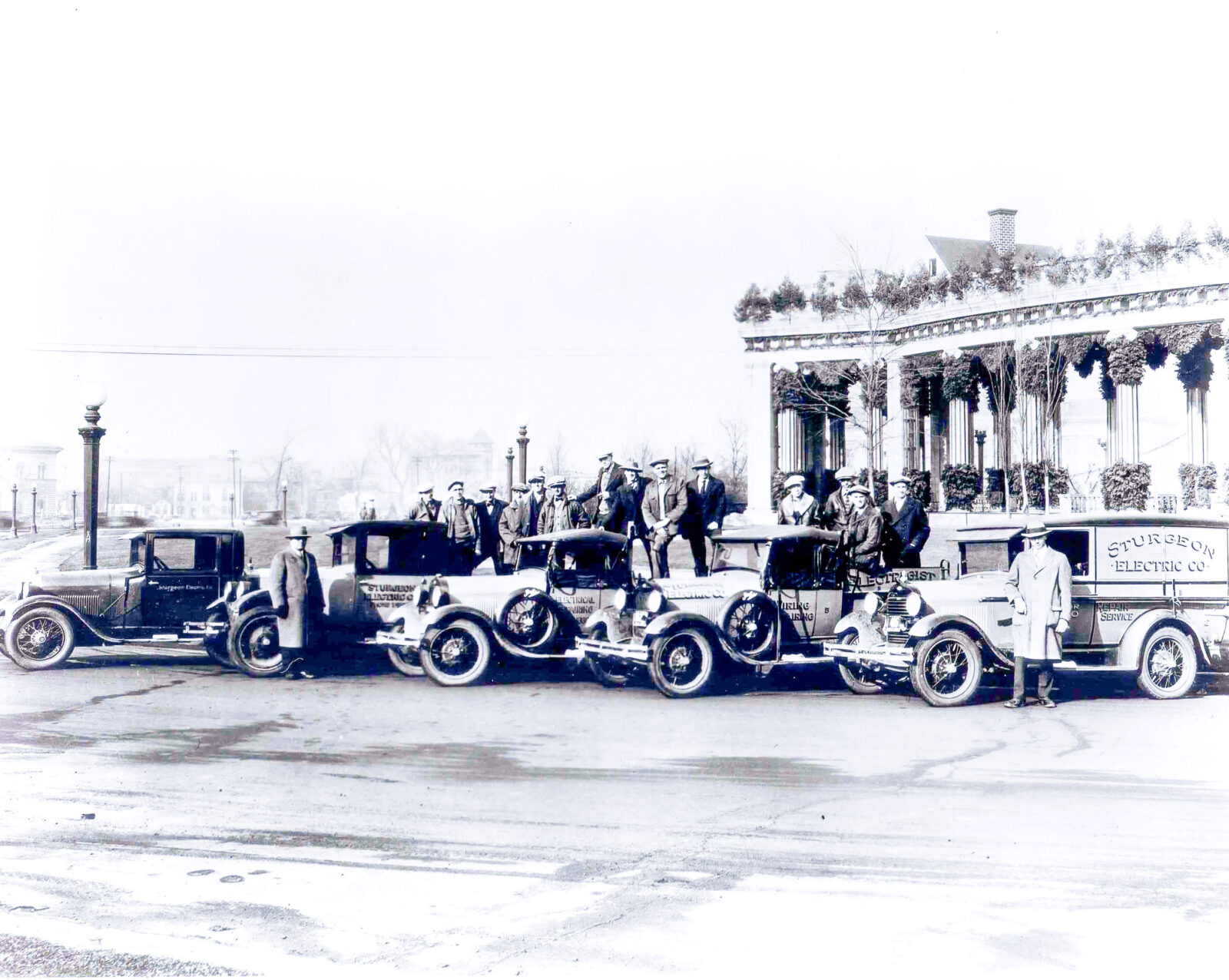 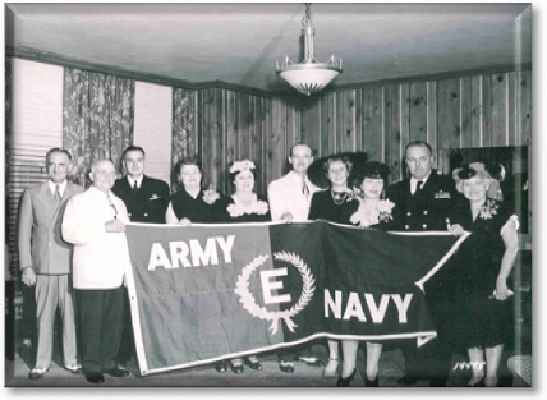 Sturgeon Electric worked on numerous military projects during WWII: electrical work at the Denver Ordnance Plant, Fort Carson, and Camp Hale for the ski troops of the 10th Mountain Division, and an extensive project for the Navy, installing electrical components into LCT boats. Sturgeon Electric received three Army-Navy “E” banners. Less than 4% of U.S. companies received even one “E” banner. 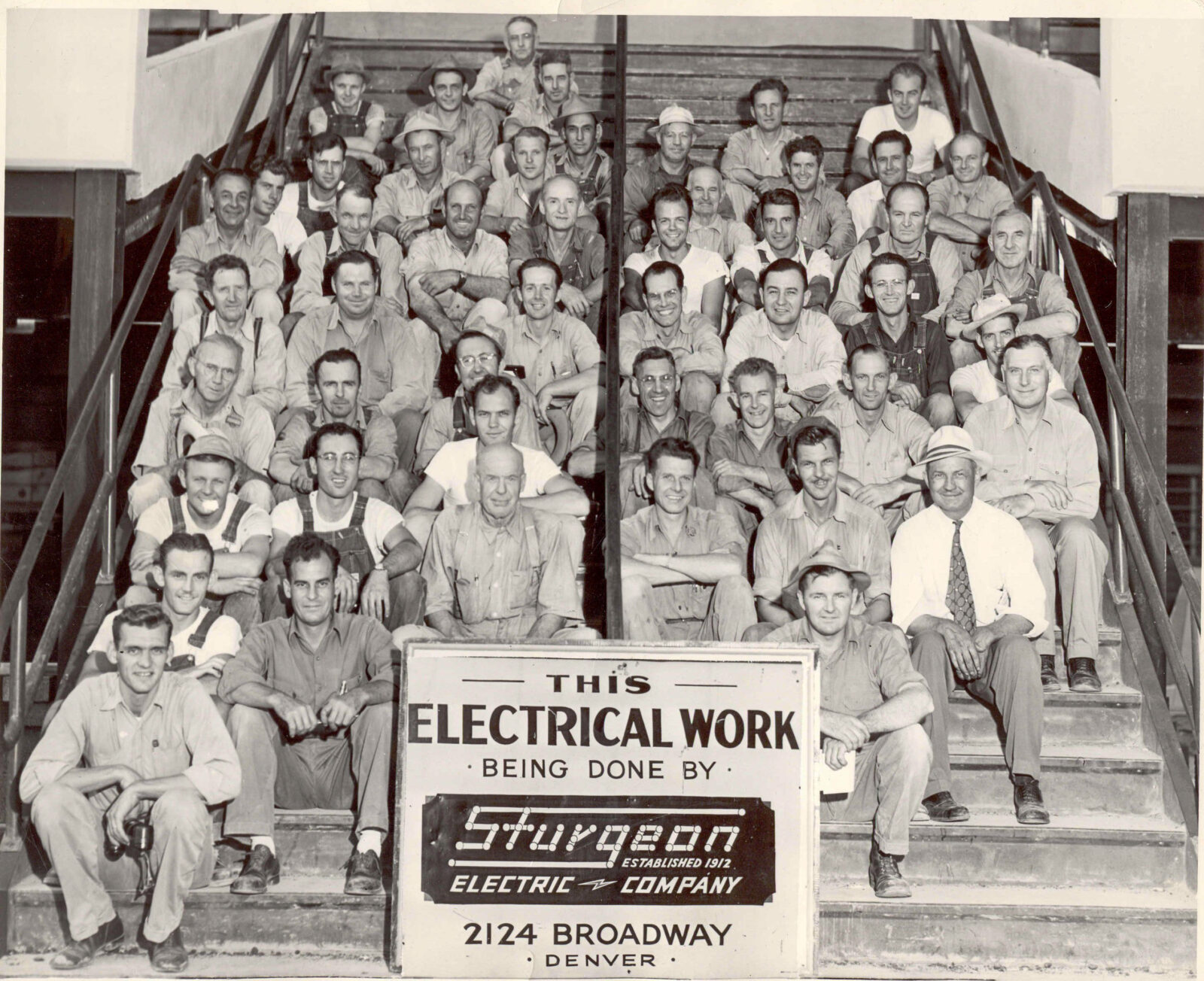 Sturgeon Electric established its power line (T&D) division in 1951 and began work for the Public Service Company of Colorado (now Xcel Energy). As the business continued to grow, the company moved to a larger location in downtown Denver and started a full-service garage operation, complete with short-wave radio communications. In 1957, D.D. Sturgeon passed away at 77, but his legacy lives on in the company and principles he built and through the lives he touched.

In June 1965, catastrophic rainfall, and a flood of the South Platte River, caused $530 million in damages. Sturgeon Electric’s offices were completely flooded, and all but a handful of records and photos were destroyed. The company lost 50 trucks and suffered $440,000 in damages. Sturgeon Electric was determined to persist despite the devastating circumstances and leveraged a loan to rebuild the plant. 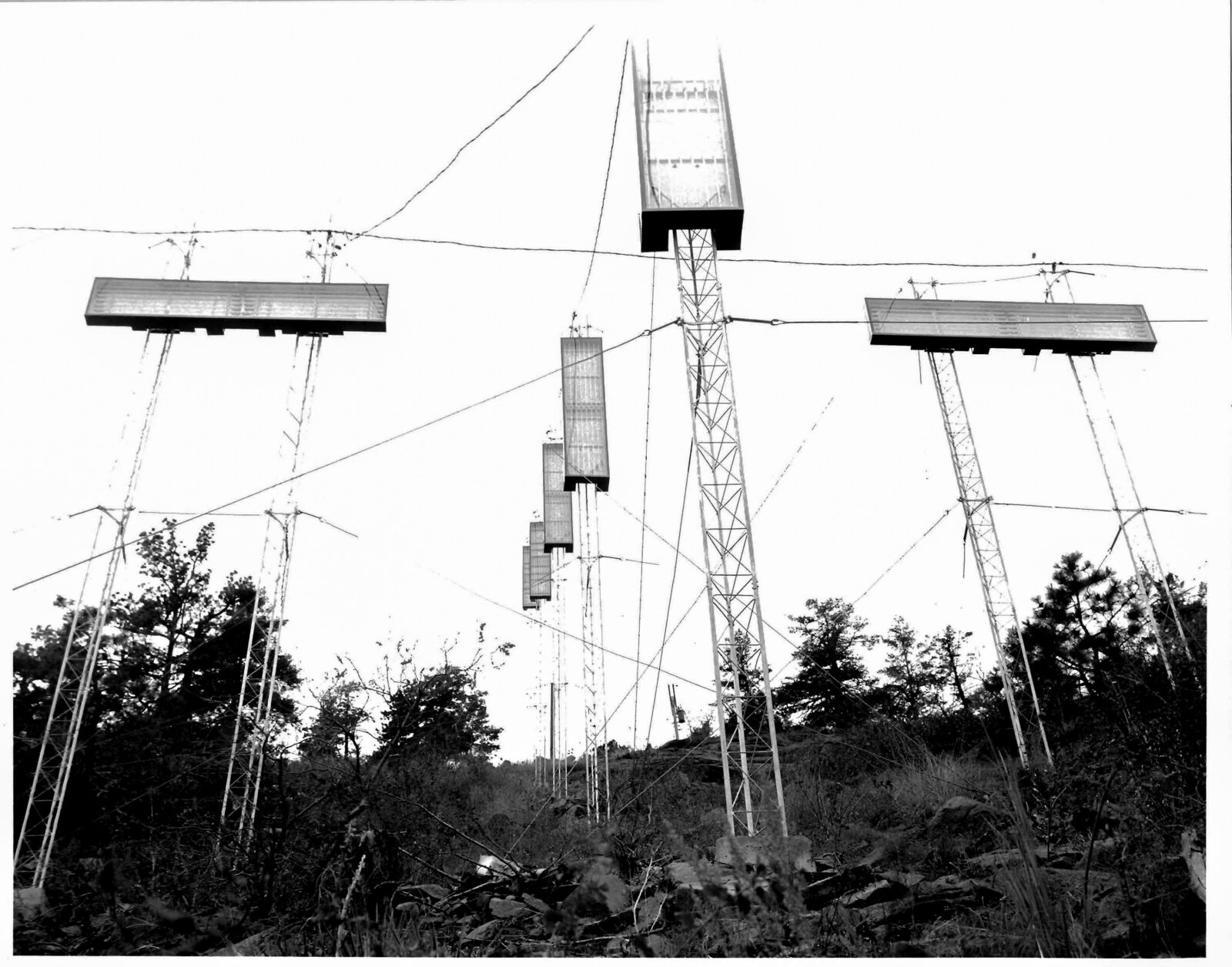 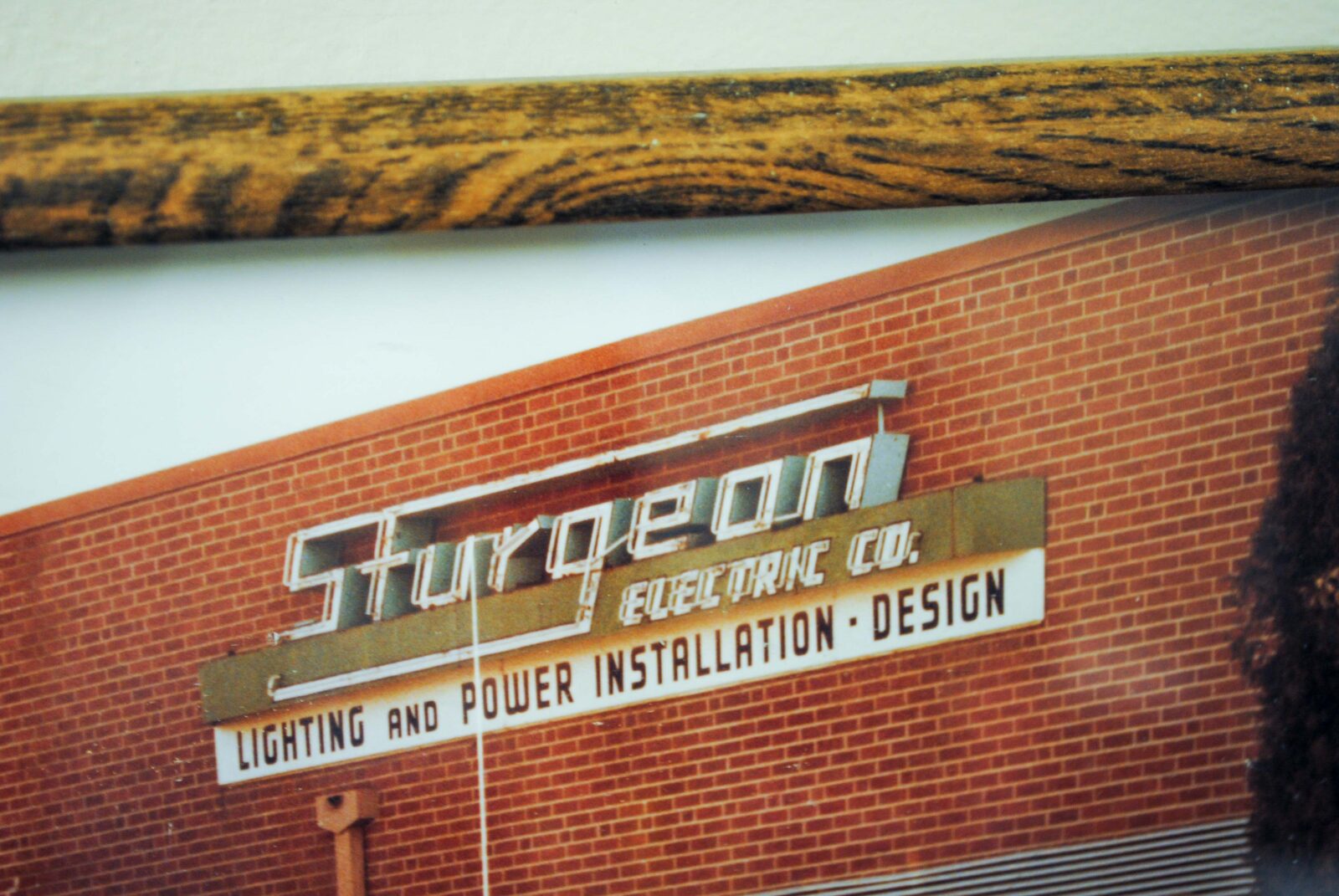 In 1984, Murphy retired and Jim Kimsey became president. Transportation service offerings began as a new way to grow the business and address market demands. In 1986 Sturgeon Electric relocated headquarters to a 10-acre site in Henderson, CO. and celebrated 75 years in business in 1987. 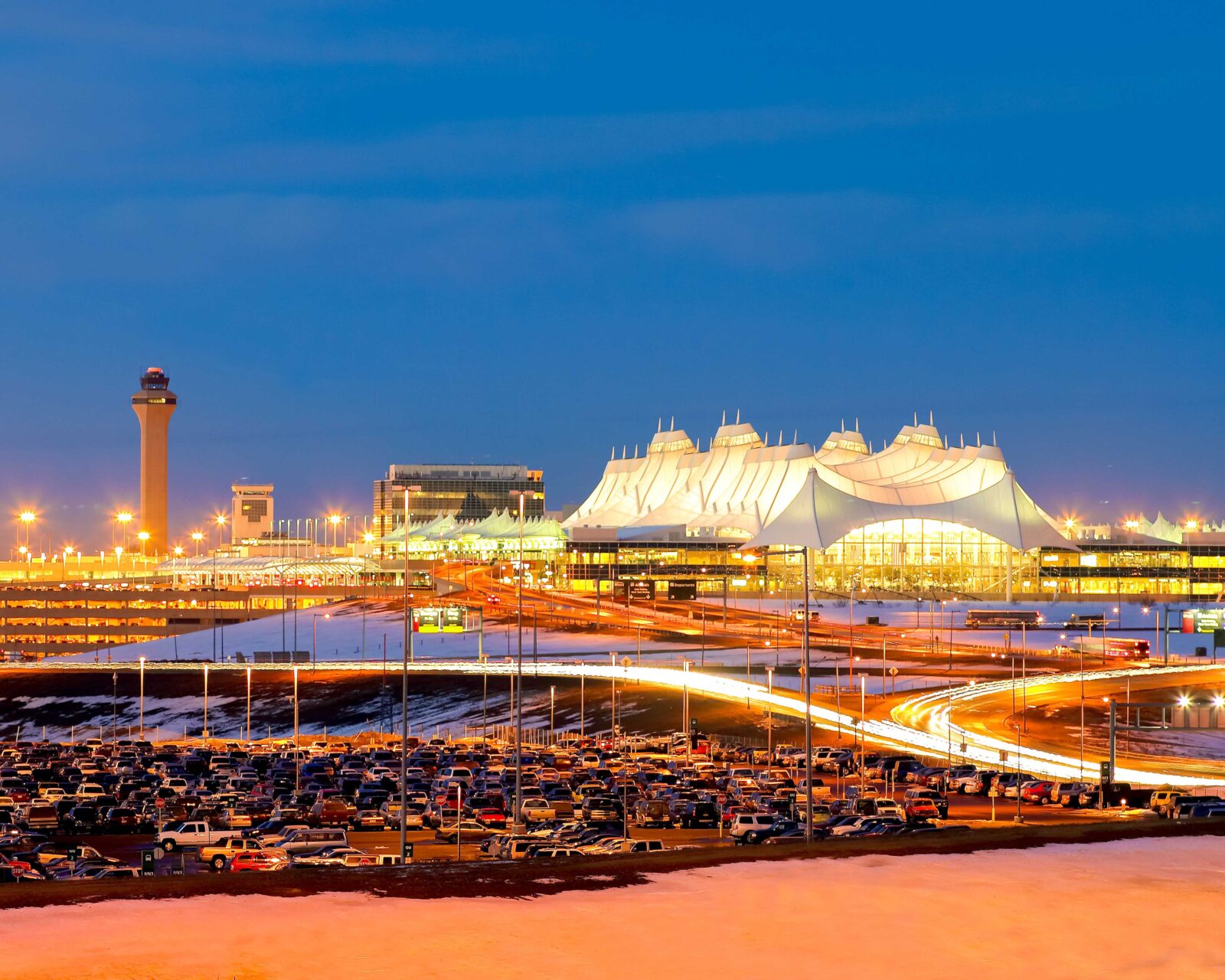 Sturgeon Electric expanded operations into Arizona, increasing its capabilities to include Building Information Modeling (BIM) and virtual design construction, all the while at the forefront of data center construction. In 1998, Sturgeon Electric was acquired by MYR Group Inc., a holding company of specialty electrical contractors. 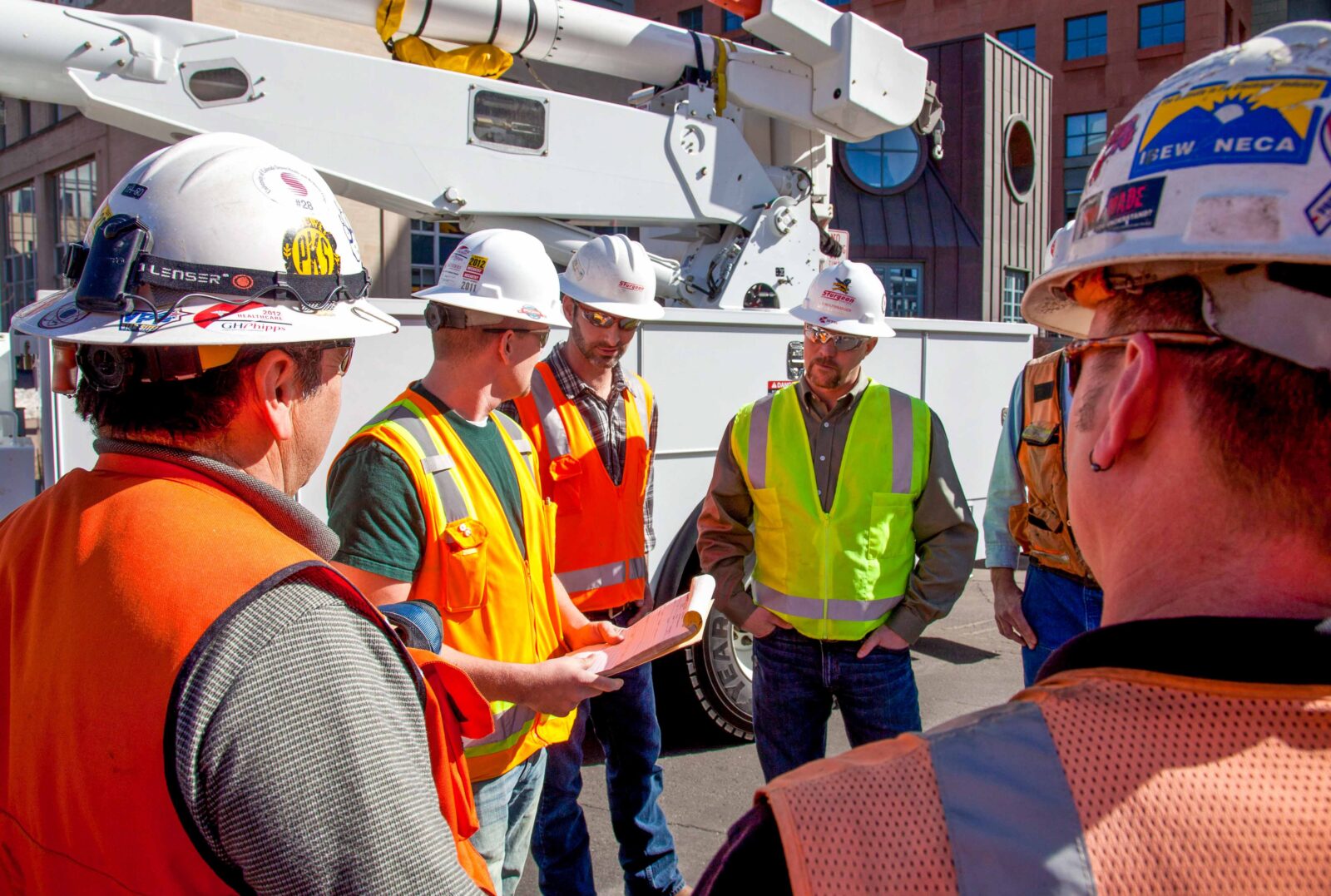 In 2008, MYR Group became a publicly traded company on the NASDAQ under the symbol MYRG.  Sturgeon Electric was awarded STAR status in OSHA’s Voluntary Protection Program (VPP) Mobile Workforce Demonstration for Construction.  In 2011, Sturgeon Electric was named one of the nation’s safest specialty contractors by the Associated General Contractors of America (AGC). 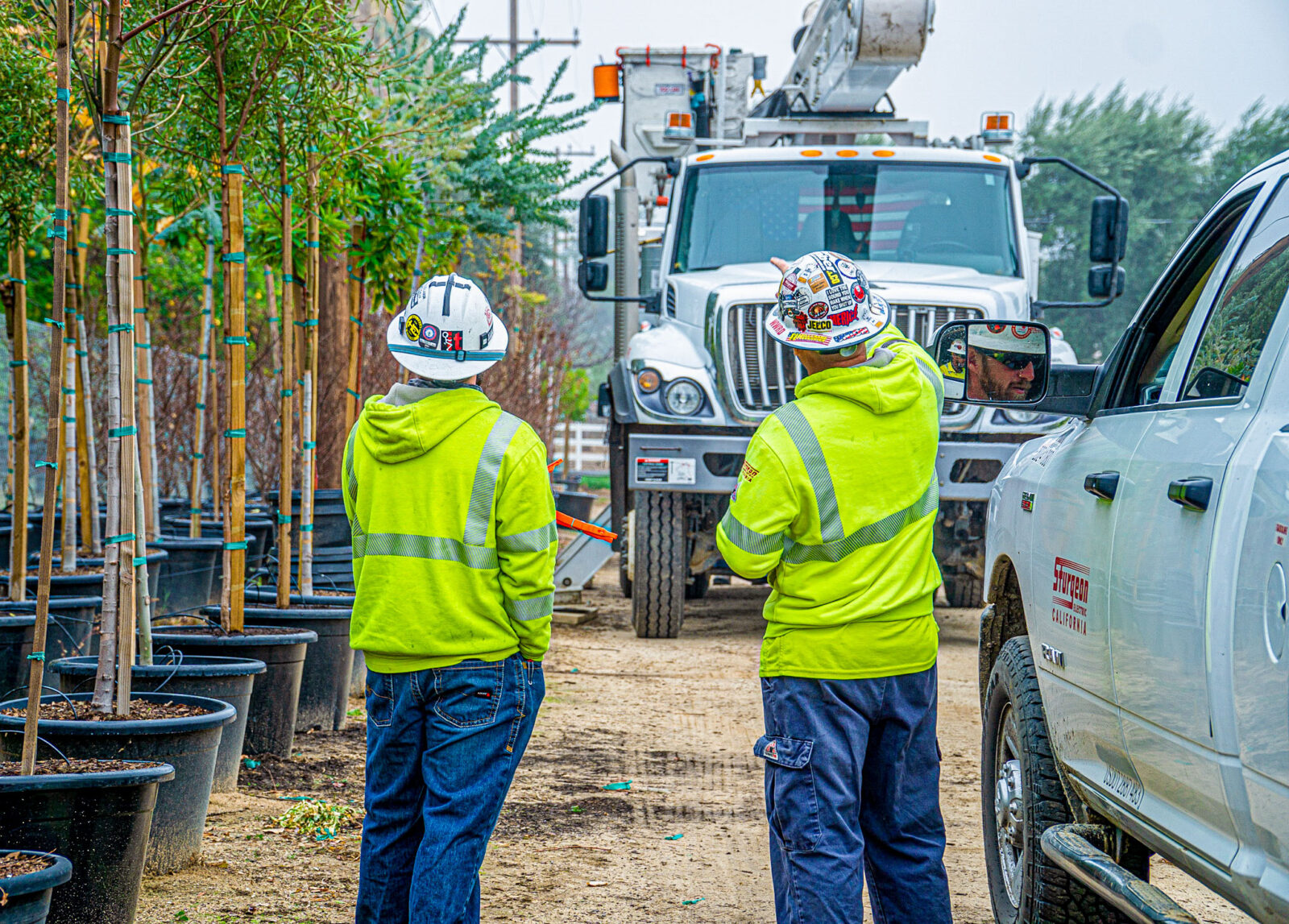 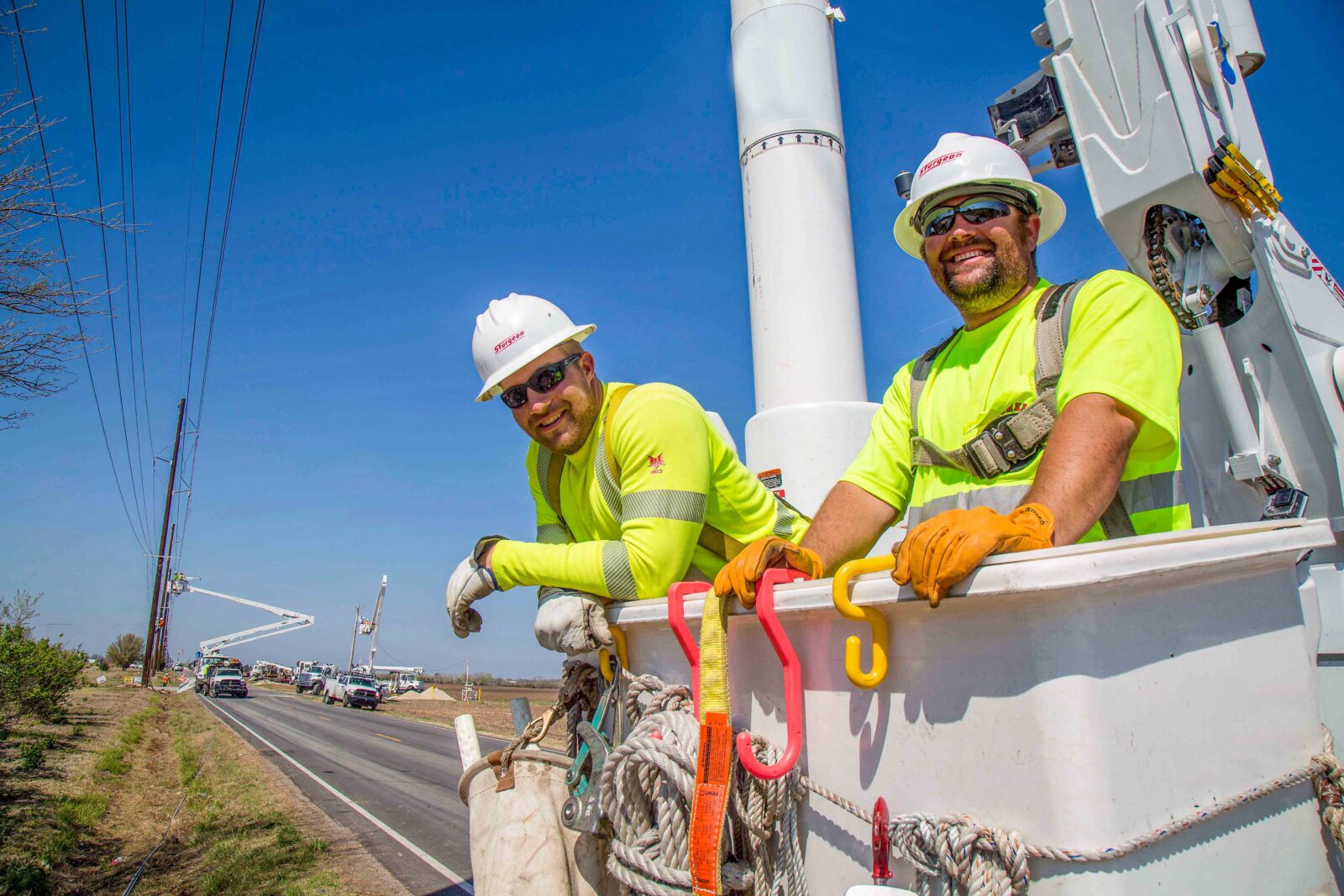 As a premier member of MYR Group, we have the financial, managerial, labor, and equipment expertise and resources to successfully complete electrical installations of any type and size throughout the western United States.

We are committed to positively impacting the world around us while partnering with our clients to deliver sustainable solutions. We have an inherent obligation to strive for top-tier environmental and social practices that affect the communities where we live and serve. By emphasizing our critical role in the clean energy transformation, we contribute to a more sustainable future for all.